Is intermittent fasting any good for weight loss? Is it healthy?

It’s been around for a few years now, and has a large following; fans of intermittent fasting claim that it helps to regulate hormones, is beneficial for the gut and it aids weight loss. For some, it can be seen as a more achievable method of restricting calories than traditional weight loss plans.

In the UK it gained popularity after it featured in the BBC TV series Horizon in 2012. Scientists claim that fasting decreases the presence of a human growth hormone (IGF-1), reducing the aging process.

A typical intermittent fasting plan restricts calories eaten for a few days a week. The most widely known, the 5:2, involves eating significantly fewer calories for 2 days a week, with a normal eating pattern for the other 5. Other fasting plans promote a day on-day off routine, with very-low-calorie days followed by normal ones. A third type uses time, so the fast is daily, from 8-20 hours a day. The 16:8 is popular amongst bodybuilders – fasting for 16 hours a day, eating for 8.

On the other side of the fence, we have a normal calorie-restricted weight loss plan. Eating slightly less than you need (200-1000 calories a day, depending on factors like how much you weighed at the start) hopefully leading to safe sustained weight loss.

It’s important to note that fasting does not mean starvation – eating nothing at all for a day or more. This can be very detrimental to both health and weight loss, causing loss of muscle mass and slowing down the metabolic rate.

So which one wins; does intermittent fasting work?

Intermittent fasting seems logical; food that we eat is broken down by enzymes in our gut and ends up as molecules in our bloodstream in the form of blood glucose. Carbohydrates, particularly sugars and refined grains (think white flours and rice), are broken down faster than other more complex foods, creating more blood sugars than we need for metabolism. If our cells don’t use it all, a chemical messenger, insulin, is released. This tells the cells to store this energy in our fat cells as fat. Insulin presence equates to fat storage.

Between meals, as long as we don’t snack, our insulin levels will go down and our fat cells can then release their stored sugar, to be used as energy. But if levels are persistently high then we will be constantly storing fat and never burning it. We lose weight if we let our insulin levels go down. The entire idea of intermittent fasting is to allow the insulin levels to go down far enough and for long enough so that we burn off our fat.

But in it any better than normal calorie restriction?

In terms of weight loss according to the latest science, no more so than a normal calorie controlled plan. A more recent study than the Science Direct report linked above showed that after 1 year, both those on normal calorie restriction and the intermittent fasters achieved similar weight loss. Initial human studies that compared fasting every other day to eating less every day showed that both worked similarly well for weight loss, though people struggled with the fasting days. 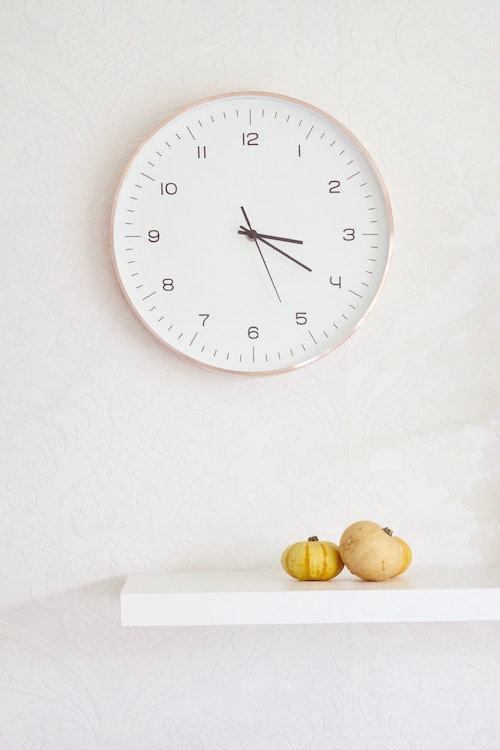 Not all intermittent fasting is the same

Although the 5:2 may be unachievable in the long term for some, the timed approach has proven easier and more successful. The 16:8 or 14:10 mimics our natural circadian rhythm (the day-night cycle). The University of Alabama conducted a trial with a small group of obese men with insulin resistance, the first stage of diabetes. They compared a form of intermittent fasting called “early time-restricted feeding,” where all meals were eaten in an early eight-hour period of the day (7 am to 3 pm), or spread out over 12 hours (between 7 am and 7 pm). Both groups maintained their weight but after five weeks the 16:8 group had dramatically lower insulin levels and significantly improved insulin sensitivity, as well as significantly lower blood pressure. Most importantly the eight-hour group also reported significantly decreased appetite. They weren’t hungry.

So the question isn’t really “does intermittent fasting work”? but does it work for you? Some people may prefer the daily challenge of undercutting calories by a few hundred – they prefer regular meals and small changes. Others may find this challenging and will prefer a fasting plan – the effort to lose weight seems concentrated into just a few days a week, instead of all the time. The other days can thus feel more indulgent. One person may feel that skipping a meal gives them higher energy levels, while another may feel starving after just one skipped meal.

Intermittent fasting isn’t recommended for the who are pregnant or have medical conditions like diabetes. It can also be difficult for those who may have suffered (or might be on the verge of) an eating disorder – restriction can backfire and lead to subsequent bingeing. But for most of the population, it is safe.

Those who promote fasting point out that humans have evolved to fast, our Neanderthal ancestors going hungry between hunts. It does indeed trigger beneficial hormonal responses, like lower insulin levels and improved cell repair.

They both work; done sensibly – and with the correct type of training – intermittent fasting can lead to sustained weight loss and health benefits. But cutting calories the traditional way, or by using an app or organisation like weight watchers works too. At DDW we have got clients six-packs with the 16:8, but we’ve got it with a normal eating plan too.

So consider which one fits your life the best and will give you the best chance of sticking with it in the long term.